Primal Heart is the third studio album by Kimbra. It is being planned to be released on April 20th, 2018 and the standard edition has 12 tracks. The album was recorded from 2015-2017.

The writing and recording of Primal Heart started in 2015, although Kimbra has stated it started in January 2016. This is due to the fact that the seventh track on the album, "Lightyears", leaked in late 2015. Kimbra has described the choice of "Everybody Knows" as the lead single for Primal Heart as according to her, it opened the doorway to the theme of this album. Kimbra moved to NY at the time of writing the album and she described that there’s a new "boldness" and "sense of directness" that she is looking for in herself as an artist. Kimbra has stated that Primal Heart is her response to America’s volatile political climate, but the most immediate influence has been New York and the gritty aesthetic of it. She has described New York as not only an inspiration, but also a place that confronts you with reality and confronts you with all walks of life.

Kimbra has said that the album's title meant the beating soul of a human being and it explores the animal and spirit to her. She has also stated that another one of the album's themes are maturity, getting older, and getting wiser. She has stated that "Everybody Knows" and "Version of Me" are the most vulnerable tracks off the album.

For the visuals and the aesthetics of the album, Kimbra wanted to have a more stripped down persona and character this time around, and wanted to be a bit more natural. She described her wearing her natural hair as an asset to this more natural feel. She has described the album artwork as embodying a vulnerability and finding a strength in that, and trying to suppress vulnerability as weakness.

On November 29th, 2017, Kimbra launched a website allowing people to make their own instrumentals using soundbytes and stems from the album and explained doing this because she wanted people to experience the album in a way before it was released.

On January 8th, 2018, Kimbra confirmed the album would be delayed into April 20th, 2018 rather than having the original January 19th, 2018 release. She gave an outtake known as "Hi Def Distance Romance" to fans in her mailing list to make up for this.

For this album, Kimbra has been heavily inspired by Mr Twin Sister, a band originating in New York, Little Dragon and Frank Ocean. She wanted to give the album a more RnB vibe while also having the electronic pop sound and aesthetic. Kimbra has stated that she was most focused on was creating a really direct intention lyrically and direct sonic approach, moving away from the density of the past and trying to find that vocally focused sound. 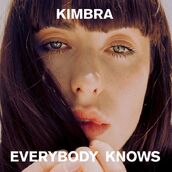 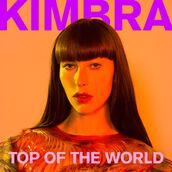 "Top of the World"
Add a photo to this gallery

As stated previously, Kimbra has described the album artwork as embodying a vulnerability and finding a strength in that, and trying to suppress vulnerability as weakness. The full photoshoot of this artwork has not been released as of November 2017.

Retrieved from "https://kimbra.fandom.com/wiki/Primal_Heart_(album)?oldid=266"
Community content is available under CC-BY-SA unless otherwise noted.